The story of the stabilizers.

My little man had just turned 5 when Santa gave him a new big bike – without stabilisers on it! He had loved his little green bike (with stabilizers) but it was now way too small for him. He loved his new big shiny red bike ….but where were the stabilizers??

Oh it’s no problem – we will help you learn to ride your new bike just like all the other kids on the street. NO! Why don’t you try? No! It will be fun! No!

And so my little man took to his scooter.

Do you want to try your bike – no!

How about we go to the GAA pitch and try your bike – no!

You’ll soon get the hang of it we promise – no!

And so he zoomed around the street for the next six months on the scooter.

Over the summer holidays I decided we were going to get him riding the bike that had sat idle down the side of the house. Numerous trips to the GAA pitch, the local park, anywhere with a bit of grass for soft landing but my poor little man was having none of it. He would try… but if you let go he would scream, cry, and fall, even if we had stopped! And by the end of all of these stressful excursions what had he learned… he had learned to hate the bike.

What about some stabilizers I asked? What are stabilizers? (A lot can happen in six months to a 5 year old!). I explained that they get fixed onto the back of the bike to stop the bike toppling over. Can they stay on until I’m an adult came the reply?!!!! 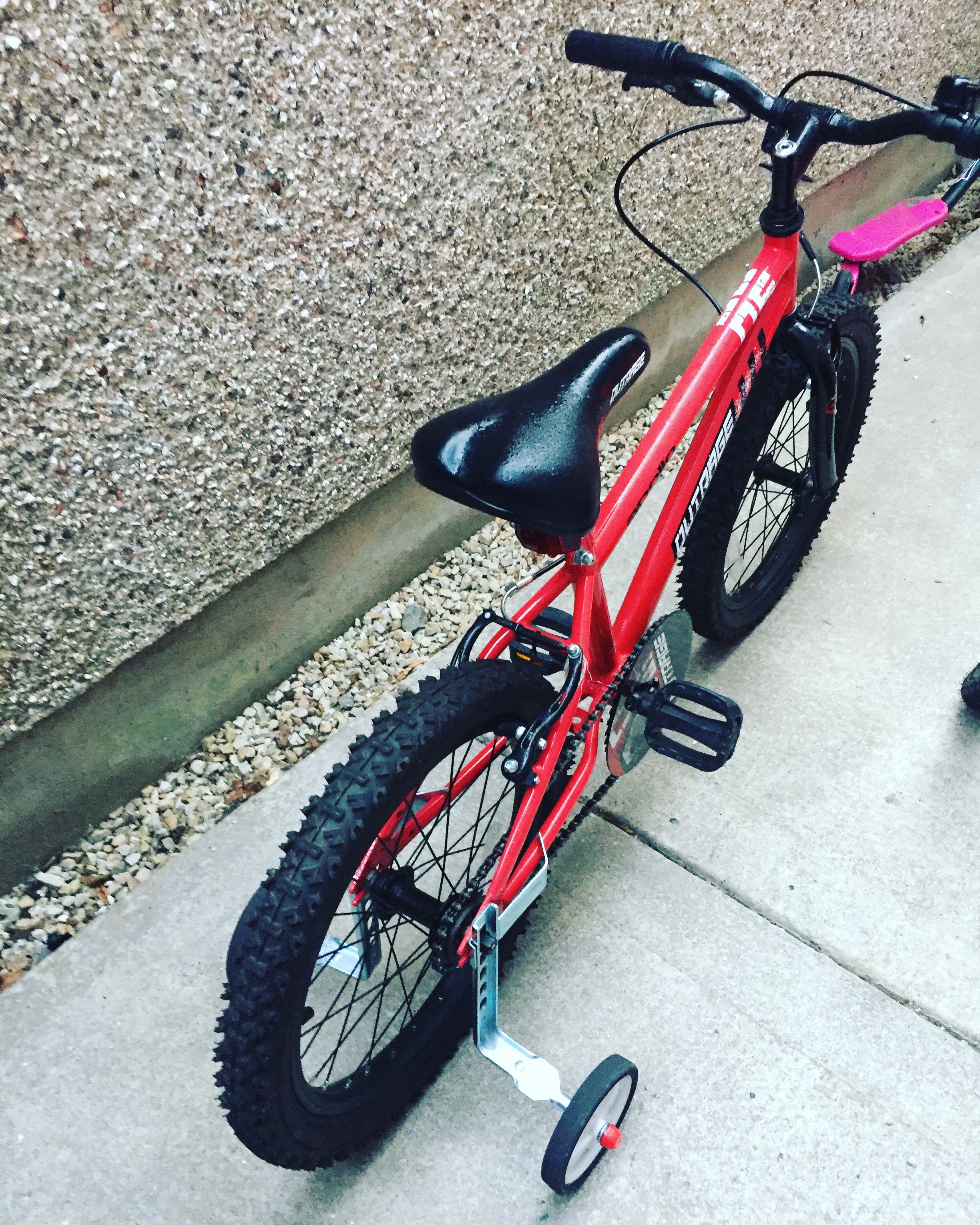 My husband took a little more convincing. He’s too big. The other kids will mock him (this had crossed my mind too!). But when he saw the delight on my son’s face when the bike was returned from the bike shop with big shiny new stabilizers, he was as relieved as I was.

And off my little boy went ….bombing up the road at great speed. Not one hoot was given what the other kids thought of him. He was happy!

Were we trying to protect him? Did we want him to progress on so the other kids accepted him or because that’s what most kids do? Maybe. To be honest I’m not sure but I am sure my little man taught us something. That its ok to be different as long as you’re happy with that…and he is the happiest little chap going top speed with his stabilisers. He is going to do this in his way and in his own time.

PS we will make sure the stabilisers are gone by the time he is an adult!!!

About the Author: Stef McSherry

Stef McSherry is the founder and creator of Kinderama – a unique activity programme for younger kids. It includes make-believe adventures, dance, music, drama, yoga & mindfulness, and is delivered online or directly to pre-schools. The Mum of two originally trained in Performing Arts at the Italia Conti Academy in London and has used her wealth of experience to create a fun but educational curriculum that is also designed to Make Magical Memories that last a lifetime!